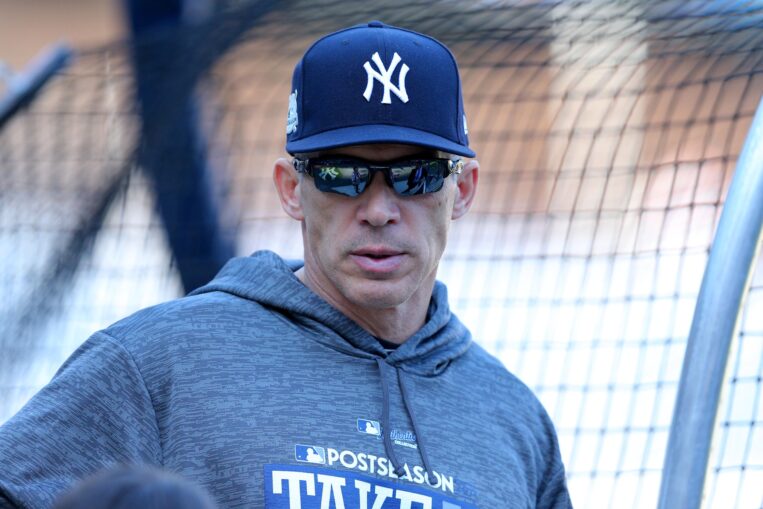 During FS1’s broadcast of Game 2 of the ALDS on Saturday night between the Houston Astros and Tampa Bay Rays, Kenny Albert asked Joe Girardi if the latter had done any research on Mets’ first baseman, Pete Alonso.

“I have a little bit,” Girardi responded. “He’s a pretty good player. I did a bunch of the Mets games this year.”

“Is he going to be batting second for you next year?” Albert said, to which Girardi laughed.

You can see the entire interaction below:

If you were wondering whether Joe Girardi was interested in the Mets managerial job: pic.twitter.com/9ADMyMmN6I

Girardi, 54, has 11 years of managerial experience under his belt: one year with the then Florida Marlins in 2006 where he won Manager of the Year, and the other 10 at the helm for the New York Yankees.

After losing in Game 7 of the ALCS in 2017, the Yankees chose to part ways with Girardi and replaced him with Aaron Boone.

For his career, Girardi has a 988-794 record to go along with one World Series championship (2009 with the Yankees).

Girardi, who has been frequently tied to the Mets managerial opening, also interviewed with the Cubs for their managerial vacancy this past week.

Why Felicity Huffman Only Served 11 Days in Prison – Inside...

How Do Compasses Tell Which Way Is North at the South...