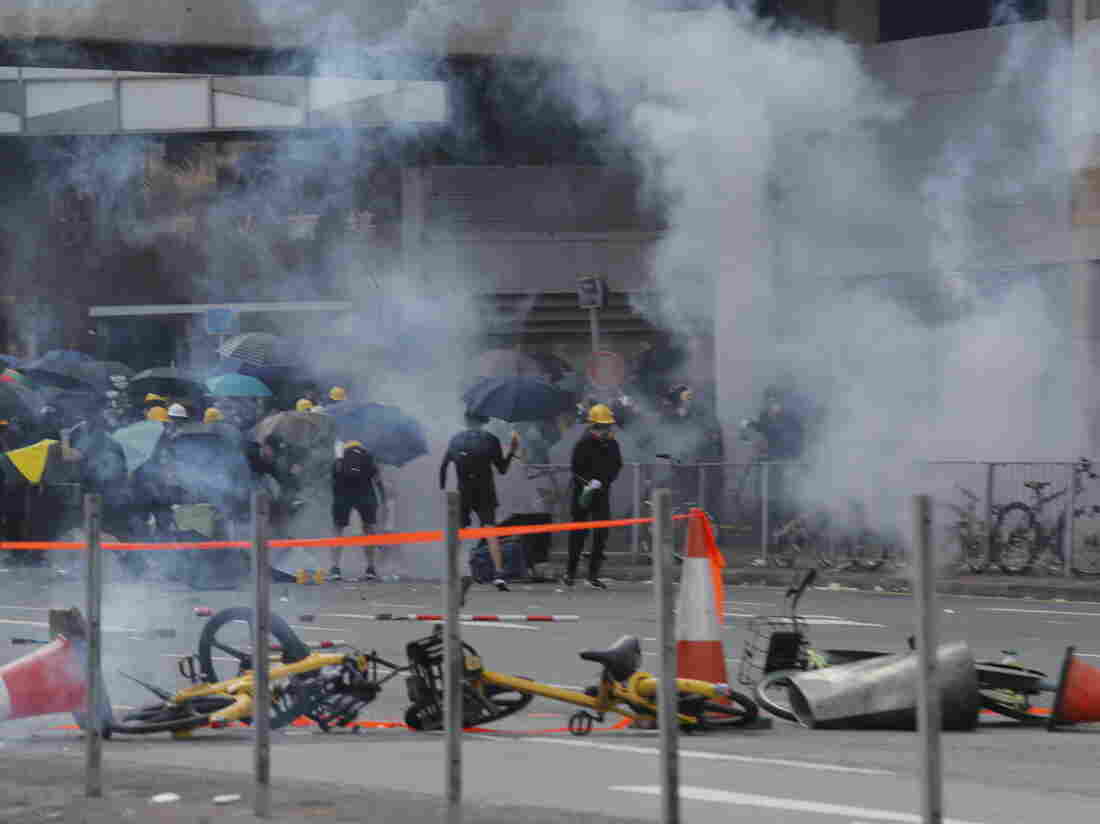 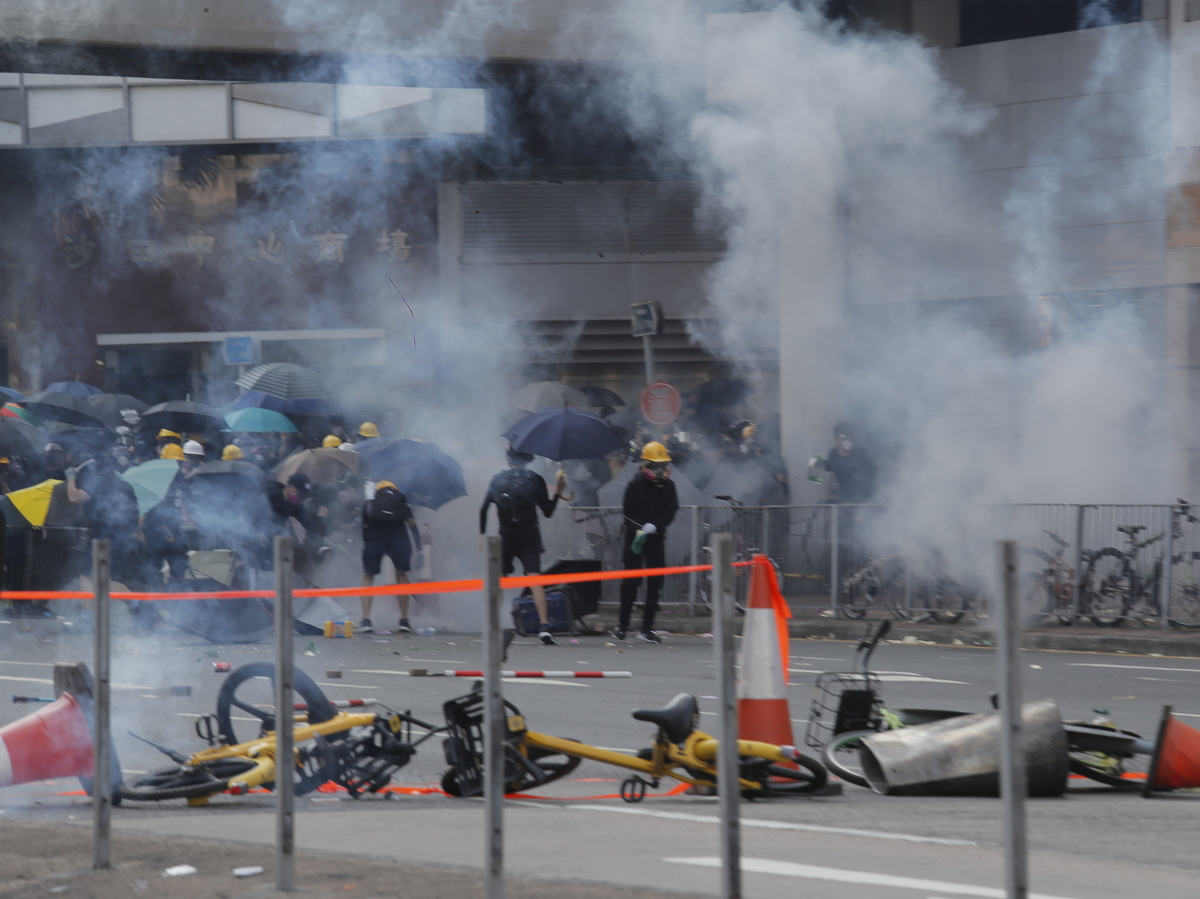 A pro-democracy protester in Hong Kong was shot by police Tuesday — a sign of an escalating official response to months of mass demonstrations. The shooting took place as Beijing marks the 70th anniversary of modern China.

The protester was shot in the chest by police during a clash on the sidewalk in Tseun Wan in the Western New Territories, according to The South China Morning Post.

The hospital authority of Hong Kong confirmed to NPR that a male protester was hospitalized and is in critical condition. Police say they are trying to confirm local media reports that the man was hit in the chest with a live round.

Video on local media shows a young man, blood on his chest, dressed in black with goggles and helmet. He’s slumped on the ground complaining of chest pain and asking to be taken to a hospital. Another video circulating on social media purports to show the protester being shot by police at close range, by an officer wielding a pistol. Just before the shot rings out, the protester swings what looks to be a metal rod at the officer.

It was one of the most dramatic and ominous scenes in a day of physical confrontations and contrasting images between mainland China and Hong Kong. As goose-stepping soldiers marched in Beijing to commemorate 70 years of Communist Party authoritarian rule, marchers in Hong Kong chanted “power to the people,” demanding universal suffrage and the right to elect their own leaders.

The contrast was one that Beijing and its embattled representative in Hong Kong, Chief Executive Carrie Lam, had hoped to avoid in the weeks ahead of the Oct. 1 anniversary. But the protesters who have been out in force for 17 straight weeks in Hong Kong had other ideas.

One of the protesters’ key demands has been for an independent investigation into police handling of the protests, where demonstrators have been subjected to what they call excessive force. The apparent shooting is likely to further inflame tensions.

Peaceful demonstrators on the main Hong Kong island devolved into confrontations with police, who fired tear gas in hopes of subduing the crowd.

In an apparent effort to restrict the movement of protesters, authorities shut down nearly 20 subway stations, a vital transit link in the sprawling territory.

Earlier in the day, Hong Kong officials assembled at the Convention and Exhibition Centre in Wan Chai to witness a flag-raising ceremony meant to show fealty to China. But Lam, was not present. Instead, she sat with dignitaries at the military parade in Beijing.

Although the protests have been largely sustained by young, university-aged activists, many of the largest peaceful demonstrations in recent months – some that drew hundreds of thousands of people – have shown that a cross-section of Hong Kong people support the call for greater freedoms.

“They are squeezing our necks so we don’t breathe the air of freedom,” King Chan, a 57-year-old homemaker who came out to protest with her husband, told The Associated Press.

“If the people of Hong Kong win against dictatorship then it’s also a lesson for the world,” former Hong Kong lawmaker Lee Cheuk Yan told NPR. “You know people think the regime is so powerful that it’s impossible, but we can do the impossible if we continue to fight.”

Sensations, frustrations and declarations of Week 9 – Silver And Black...

Falcons depth chart 2019: Where does the OL stand after Week...

Bad air days are even deadlier than we thought – The...

Review: Netflix Sends ‘The Witcher’ Into the Fantasy Fray – The...