The president of the World Boxing Council, Mauricio Sulaimán, celebrated the unification that welterweight champions Shawn Porter and Errol Spence will have this Saturday at the Staples Center, and also assured that the winner of the contest will come down from the ring as the best welterweight in the world. (photo by Ryan Hafey)

Sulaiman said that given the difficulty in current boxing landscape to make unification fights, the public must give credit to both Porter, champion of the World Boxing Council, and Spence, head of the International Boxing Federation, for taking that step and ensures that there is less and less doubt about who is the best in their weight class.

“Spence and Porter, two champions, are promising a Leonard-Hagler or Leonard-Hearns style of fight and there is a great expectation and the winner will undoubtedly be recognized as the best welterweight in the world,” Sulaiman said to ESPN Deportes.

“We must recognize what that they are doing, these unifications, the fights are there, the fan is crying out… unfortunately they do not always occur, but now one of the great ones will occur and we will see what happens on Saturday.

“Let’s see, on October 18th there will be unification between Oleksandr Gvozdyk and Artur Beterbiev at light heavyweight, in December everything seems to indicate that Juan Francisco ‘Gallo’ Estrada will collide with Khalid Yafai, and there is talk of a unification between Rey Vargas and Emanuel Navarrete. They are fights that the public wants and the WBC is willing to support them.” 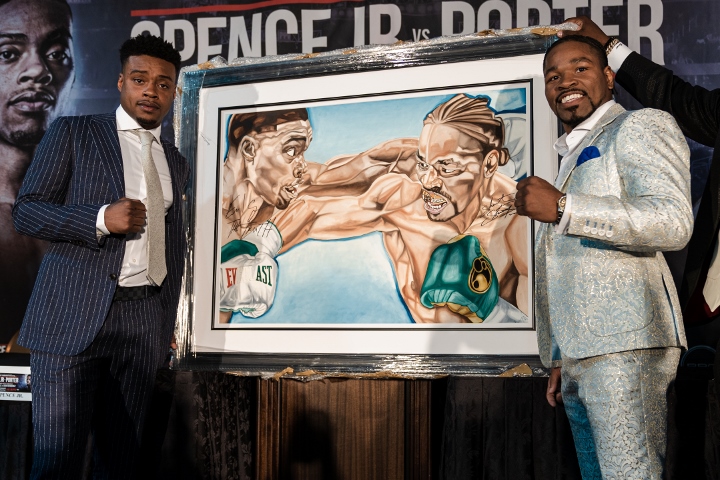 The head of the WBC also stressed that Mexican-American David Benavidez rescued his career thanks to the doping test in which he tested positive for cocaine in 2018, because that was a wake-up call for him.

“Benavidez became the youngest champion of the super middleweight division. He got the money and fame when he was very young, at age 19, but unfortunately he fell into cocaine use and through the Clean Boxing program, a test came out positive and his life was rescued. He is grateful to God and also with that test because otherwise he would have taken a path without return. He has already fulfilled everything that was determined as a sanction and on Saturday he will try to recover his championship from Anthony Dirrell,” Sulaiman said.

Why Patriots will end up paying Antonio Brown $9M more –...